The garden had some fun new additions from neighborhood donations. After weeks of waiting and preparation, Joanie’s fig tree is holding court on the edge of the garden. After the shock of moving, it probably won’t fruit this year – but everybody is excited to watch it grow. Also growing in the garden, Luke’s tomato plants are steamy and warm under the cloche.

In addition to welcoming the fig, Chrystal is also tending to the grape vines. Training them up the side of the Crown Hill Center is a delicate process. 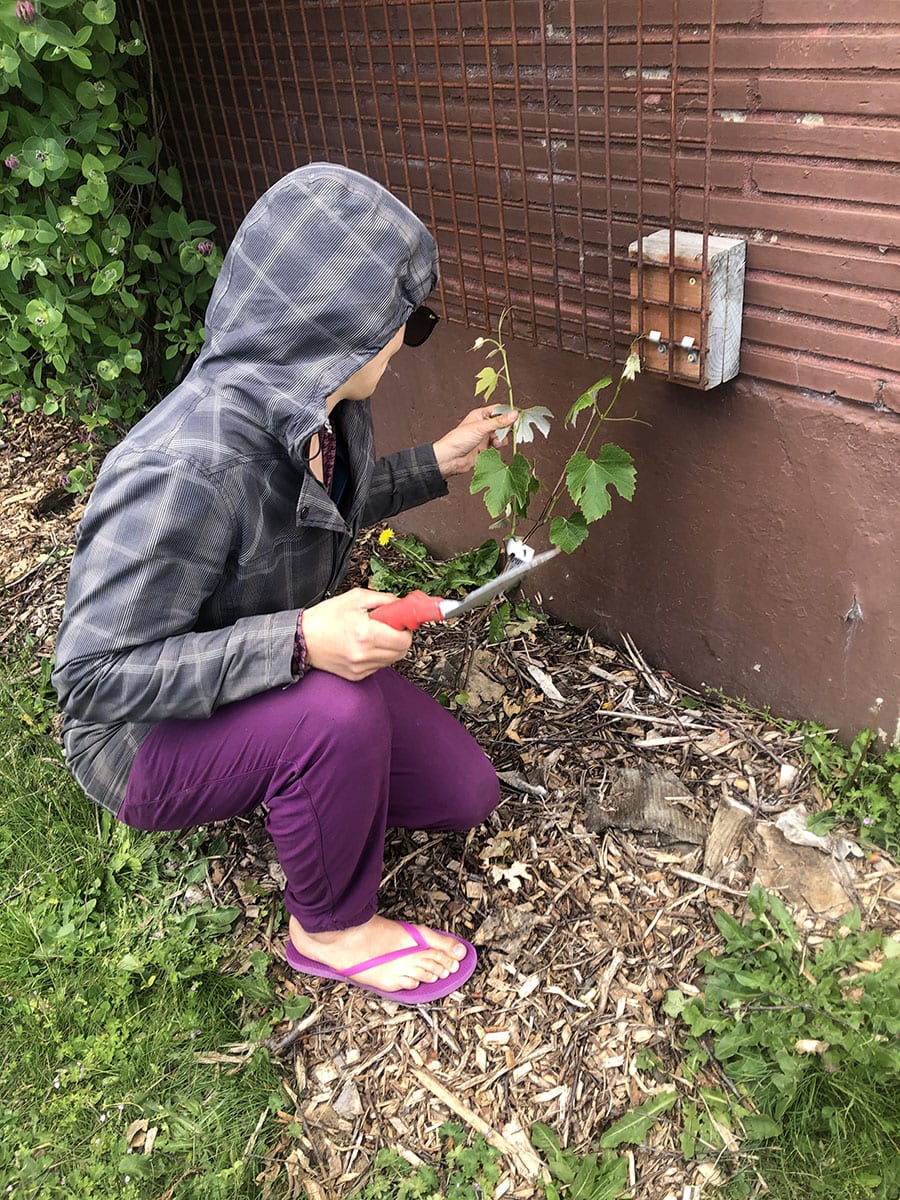 “Fava Beans are the best green bean you can find in May. They are also the bean in Jack and the Bean Stalk.”  – Gardener Fred

Keeping up with the bindweed

1- Most every part of the working garden is covered in mulch. Fred’s been biking over leaves from the pile behind the middle school track. Fred said that mixing dead maple leaves and fresh cut grass makes gourmet mulch.

2- Most of the bindweed is out of the garden. Often referred to as morning glory, bindweed can be a forever task in the garden. Fred said they got their under control by making a promise to themselves – whatever the task at hand, if bindweed is spotted, the task switches to pulling out the bindweed. 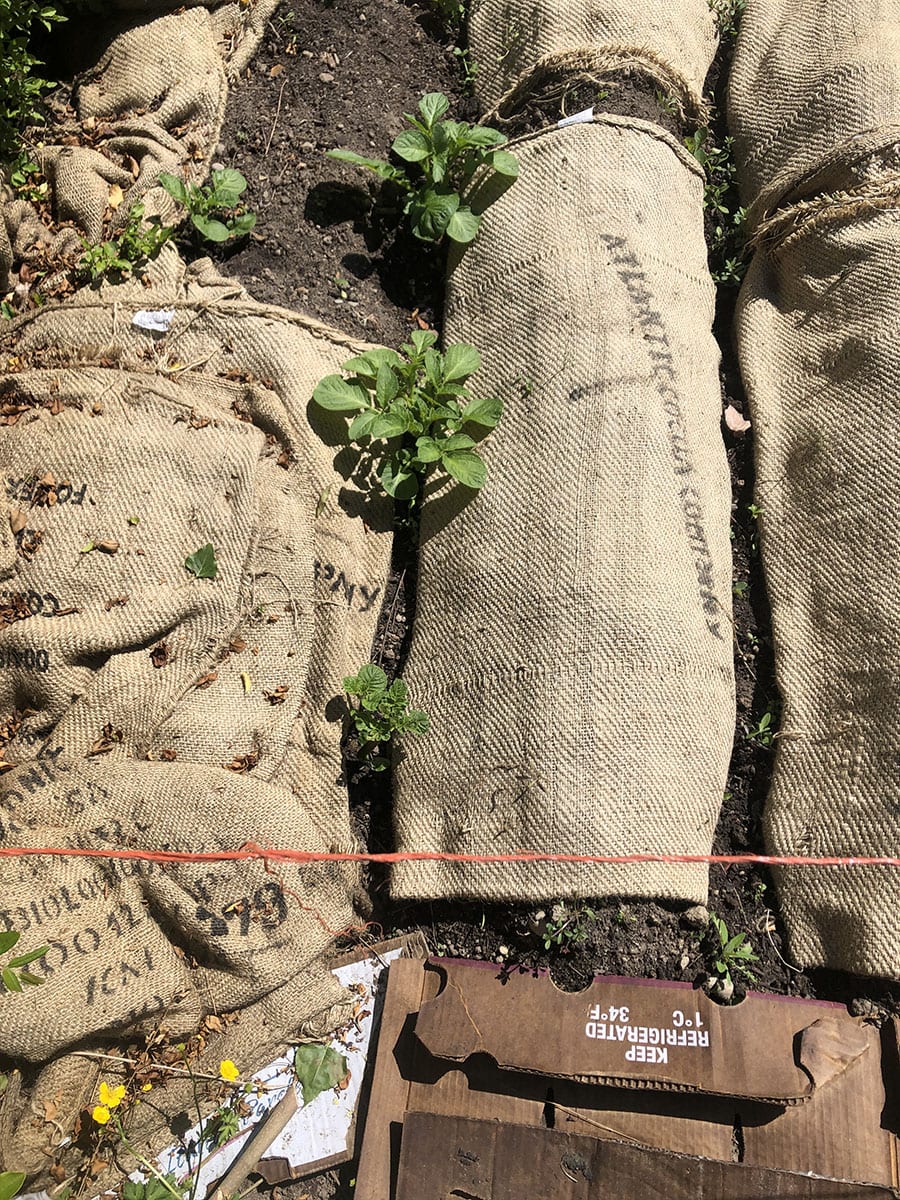 Are you feeling stressed by planting dates?

One year, Fred helped transform an old section of parking lot into a garden. The work to prep the soil was complete, bureaucracy delayed the permission to plant. The tomatoes were started, and Fred kept moving the pots into bigger pots as the starts grew. The plants didn’t go in until July 5th, and Fred had tomatoes before any of his friends. When you transplant a start, they go into shock, and might start throwing fruit. By transplanting big healthy start when the weather was ready for growing tomatoes, the whole thing worked out perfectly. 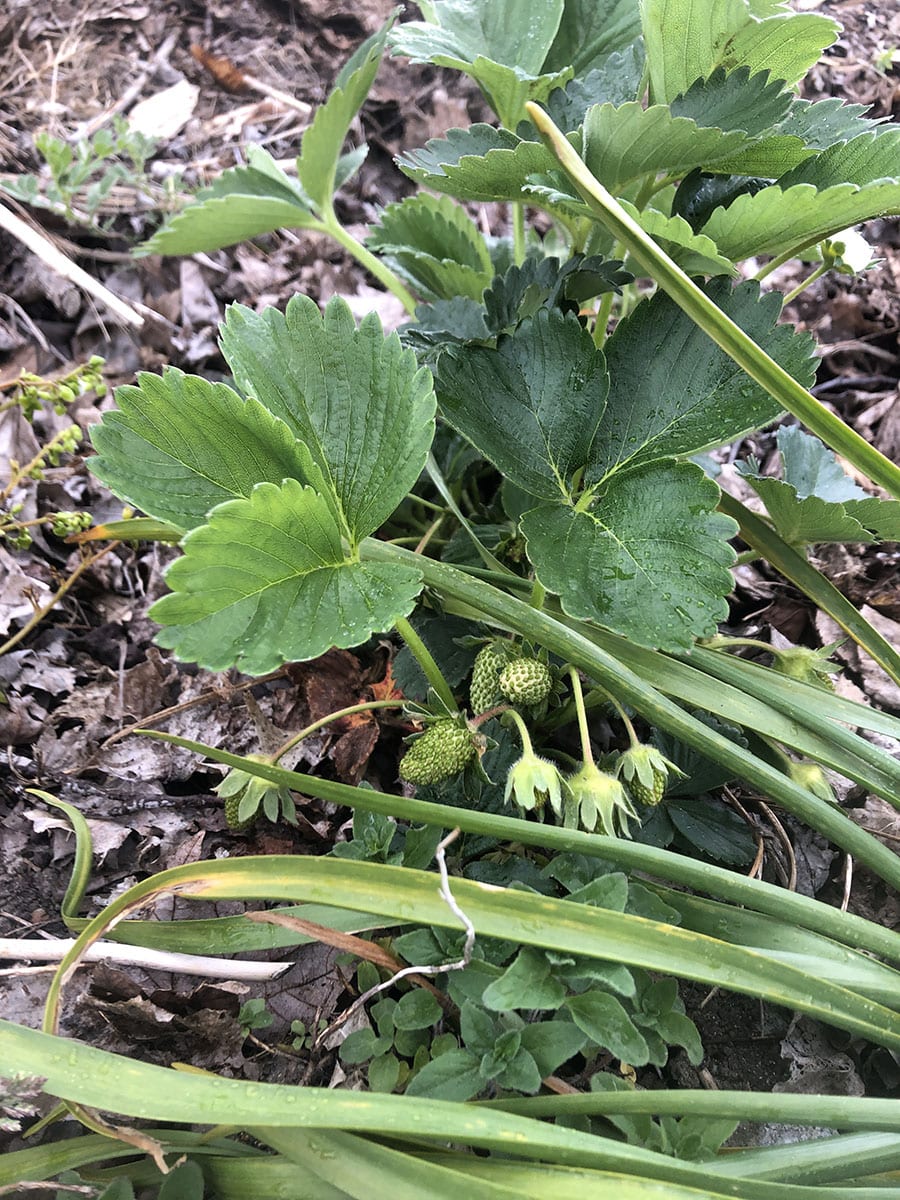 Make Your Own Transplant Juice

You can pickup premade, or make your own. Just dissolve a B6 into a jug of water and use that when you transplant. Some people say it is best on the roots, others that you should spray it on the leaves. Fred says “Just dump it on both.”