Fill the Planters Fulfill the Dream 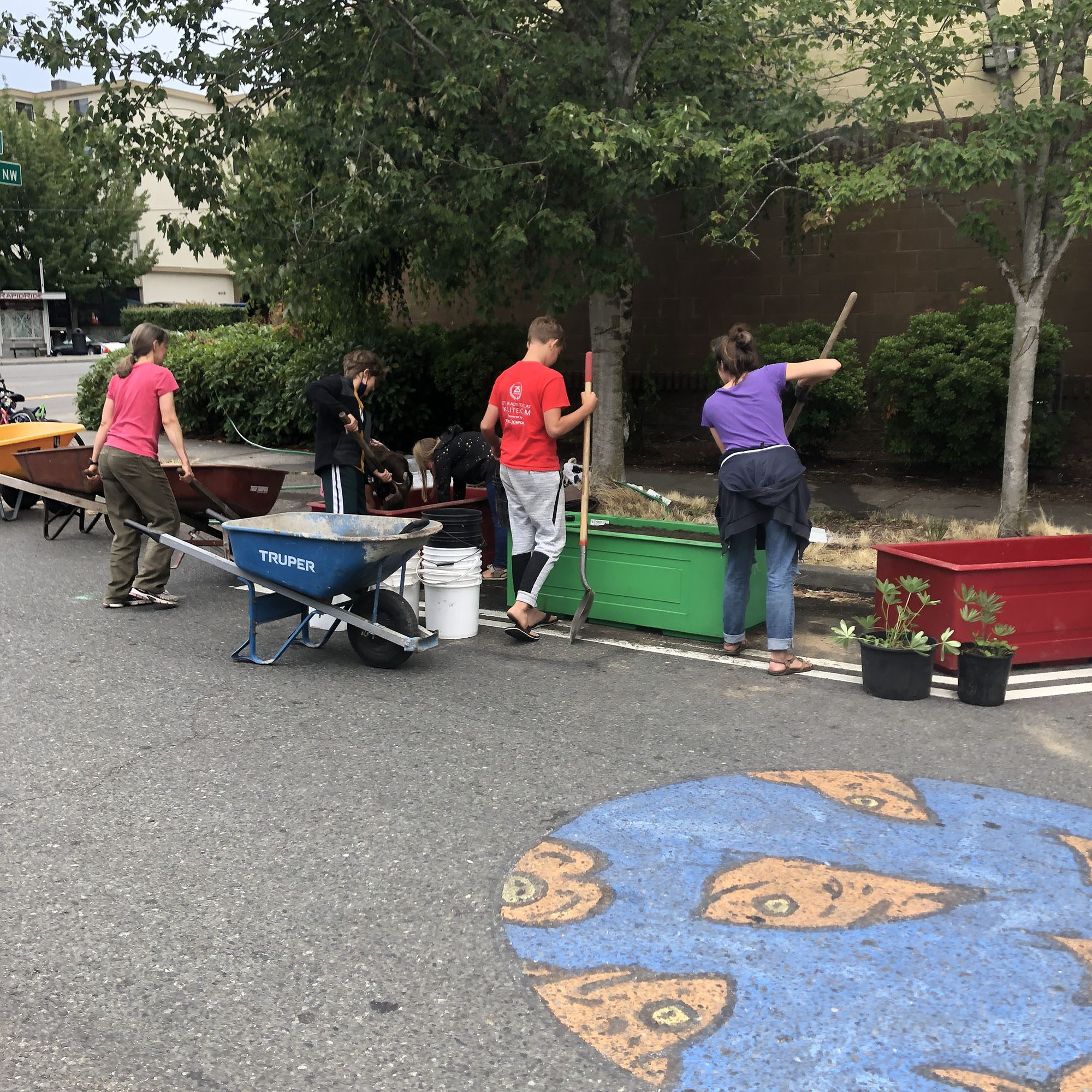 The question: What is the craziest idea you can think of for creating innovative use of public space? Without considering logistics, what is the boldest action you can take to spark joy and build community?

The answer: Shut down Holman road for a huge block party to celebrate Crown Hill.

Ok. So that idea was quickly dismissed even in that first “be visionary” step of community development that created the Holman Grove.

We made big plans, some that we made into reality the summer of 2019 with three street festivals. We hired neighborhood musicians, DJ’s, face painters, and giant bubble makers. The Crown Hill Market set up to sell hyper locally made goods. Crown Hill’s own “Off the Rez” rolled out their food truck. The office of Planning and Community Development was there with a comment board for the Community Action Plan. And, the highlight of the events – we hired a local artist to lead us all in painting a road mural. The street festivals were a blast, but they were just the beginning of the plan.

In an effort to create a lasting impact, we purchased city approved planters to put in the street on 90th and Mary. We wanted to create some natural traffic calming but the businesses nearby were concerned about losing parking. So, we set about permitting them in the area near the stop sign where parking isn’t allowed. We got all sorts of permits for planting in the unused right of way along Holman but the permit to place the planters was tricky. And then. Covid shut everything down and the whole project stalled.

The planters were being stored on the side of the Crown Hill Plaza for so long, we didn’t want to continue to be in the way. Neighborhood arts organization The Gilbert and Sullivan Society of Seattle generously offered their scenery storage and we waited and dreamed. 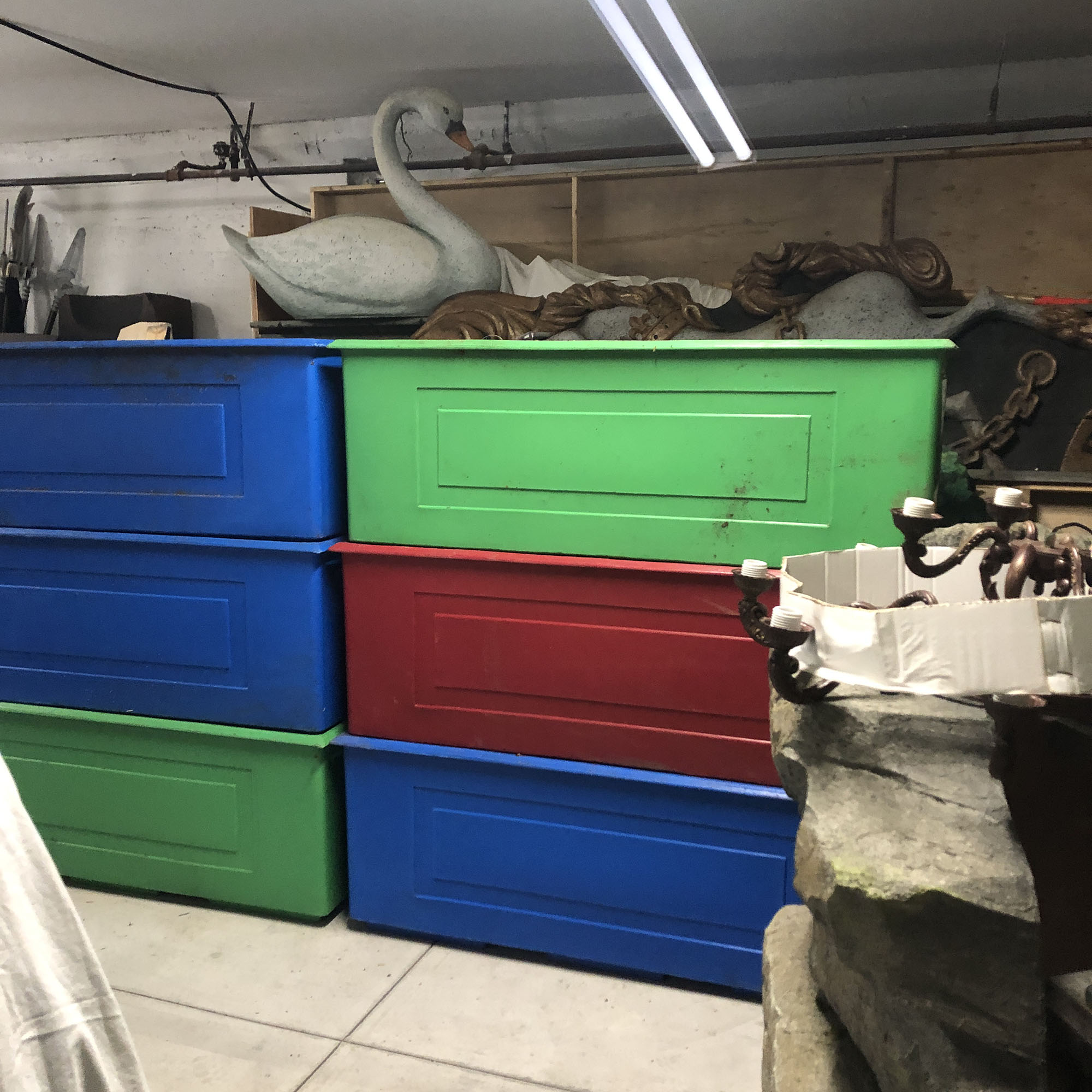 In January 2021, we picked up where we left off. With help from folks at SDOT, we managed to figure out the budget and the permit was approved! SDOT deployed a crew to mark the road where the planters would go, and just like that the Holman Grove dream was moving again.

We had neighbors turn out to volunteer. A boy scout troupe helped us haul compost so that the planters would have top notch soil. This was mixed with dirt generously donated by the Crown Hill Cemetery. Neighbors filled buckets and wheeled barrows to haul the dirt that mixed with the compost. One neighbor even dug up some plants from her garden to pop into the planters.

Filling the planters fulfilled a dream.

Now we dream about what we bring to this space next to fulfill this random little triangle’s destiny to become the heart of Crown Hill. 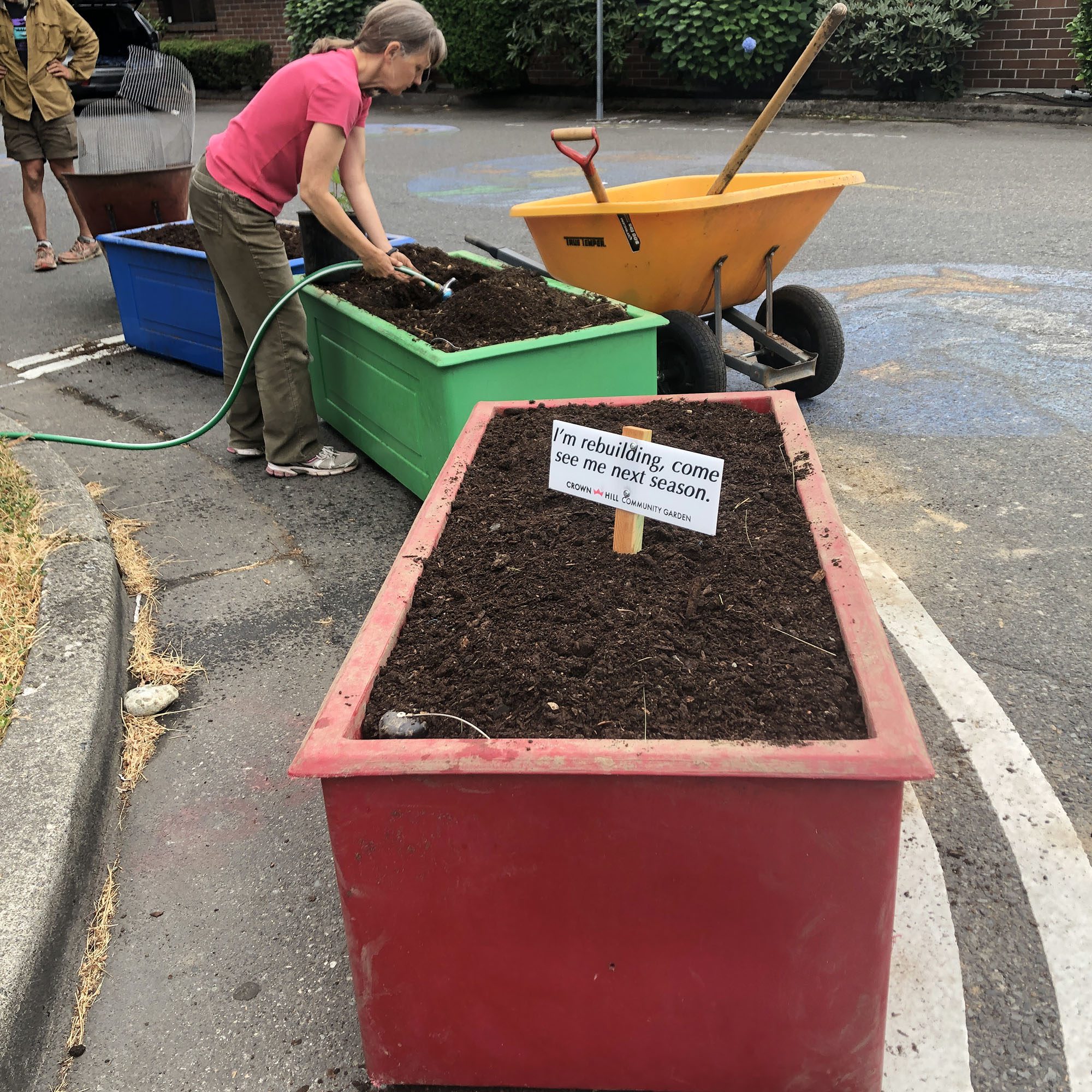