Check out the Peep Museum:

and a new Peep Show the first of every month!

Cristie had decided to remove the books from the Little Free Library (LFL) in front of her house in hopes of curbing the spread of germs during the pandemic. That done, she was inspired to make use of the empty box. It was Easter time, and Cristie noticed grocery store shelves full of colorful Peeps marshmallow candy. That’s when her nesting instinct kicked in. Cristie decided to use her empty library to create a G-rated “Peep Show” for her neighbors to enjoy.  The Little Free Peep Show (LFPS) was established! 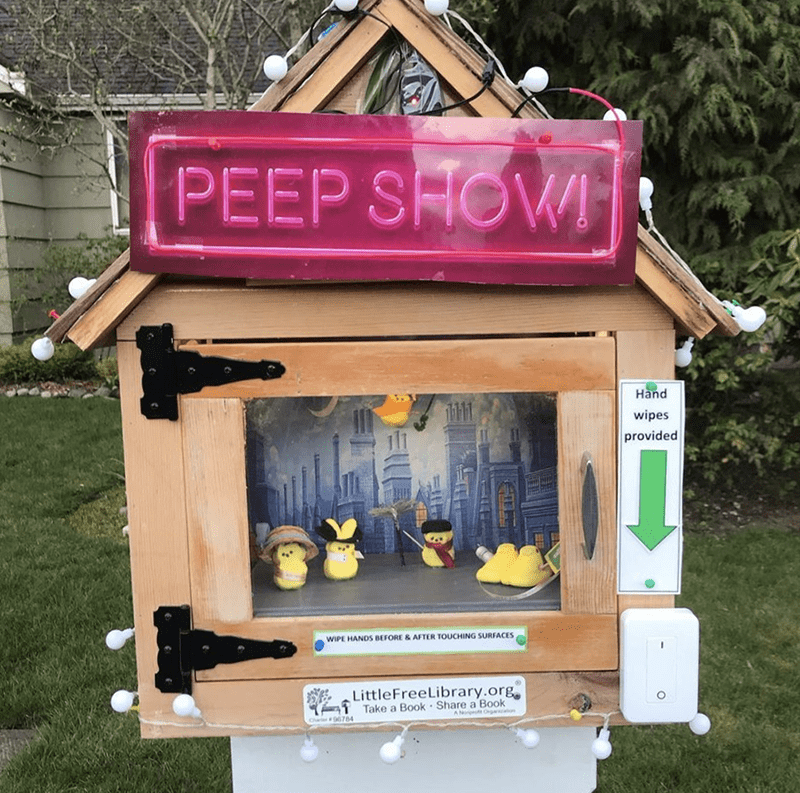 Inspired by her love of books and storytelling, Cristie kept the literary theme of the library by creating scenes from some favorite novels – many of which have also been made into movies. She used various sizes and colors of Peeps for the scene’s characters, and installed a new Peep Show every week for the remainder of the year. 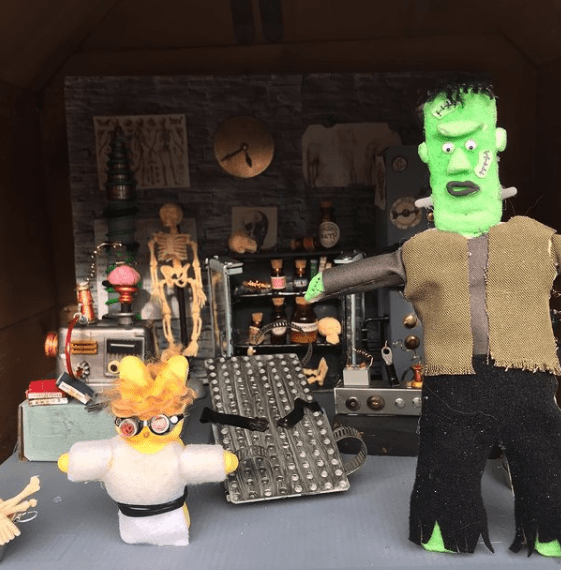 This year, Cristie has been adding new scenes about once a month – she has created around 75 different scenes since it all started! The project has been wildly popular. One young fan of the LFPS was given an exclusive sneak peek. When Cristie learned that one of the boy’s favorite stories was Charlie and the Chocolate Factory, she made him a custom “Golden Ticket” inviting him to be the first to experience her new Willy Wonka scene. 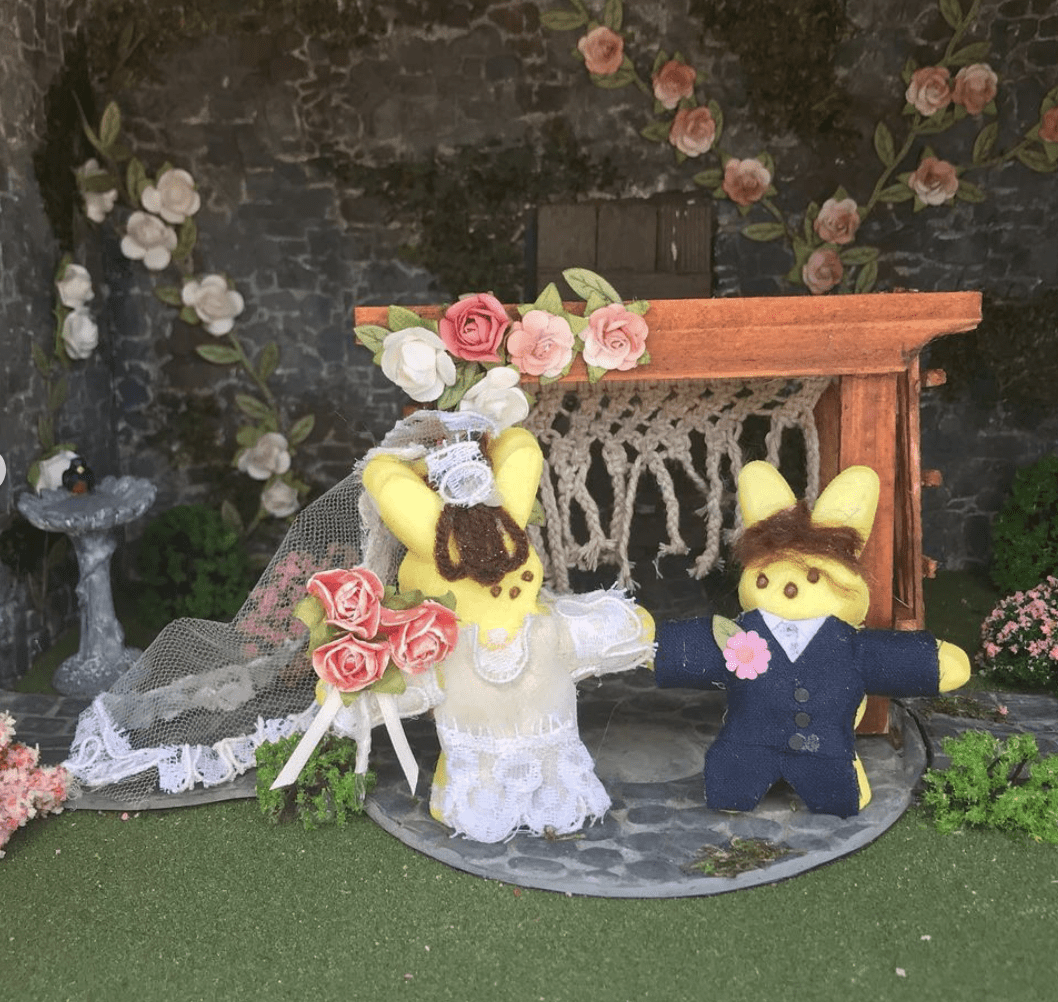 Cristie is a theatre director and playwright who loves making props for her plays. She spends around 8–10 hours creating each Peep Show. Some of her favorite scenes have been Wizard of Peepz, Frankenpeep, and the Hobbit / “Lord of the Peeps” series. Another particularly special project was the wedding scene she created for her son for his wedding — which was held in her backyard last summer.

Visitors are most welcome. Stop by and see the latest new display or the return of a popular classic at the Little Free Peep Show. And keep an eye out for some special Halloween and Christmas themed scenes later this year.