Skip to content
Time to Get Stuff in the Ground!

Time to Get Stuff in the Ground!

The soil is warming up, and so are the plans at the Crown Hill Community Garden! The garden donates the food to the Ballard Food Bank and so far the donations weigh in at 201 pounds. This would be an impressive amount of tomatoes, but this time of year the donation bin is full of chard and lettuce – that’s A LOT of light weight, nutrition packed beauty. With spring weather incoming, the donations will keep increasing. 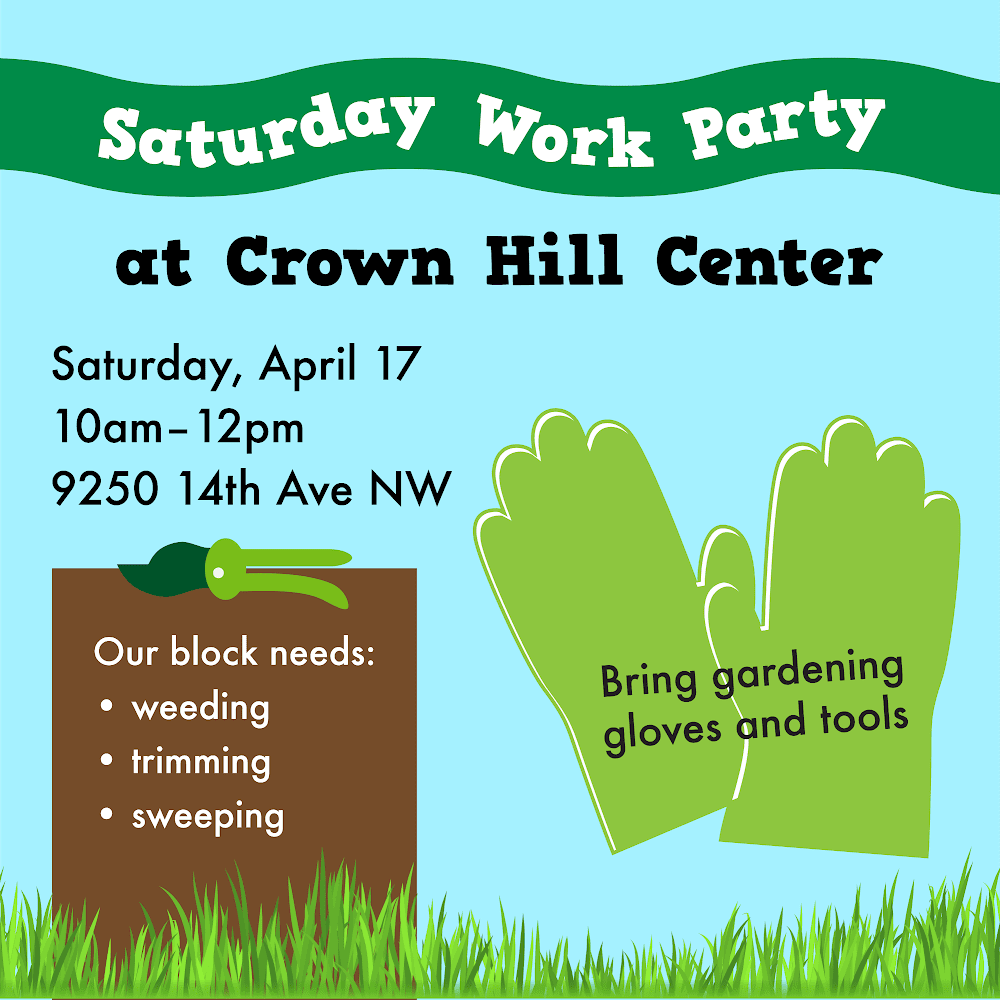 Stop by on Saturday!

Drop by for a bit! Thirty minutes of weeding will help clear the way for more growing and clear your mind. 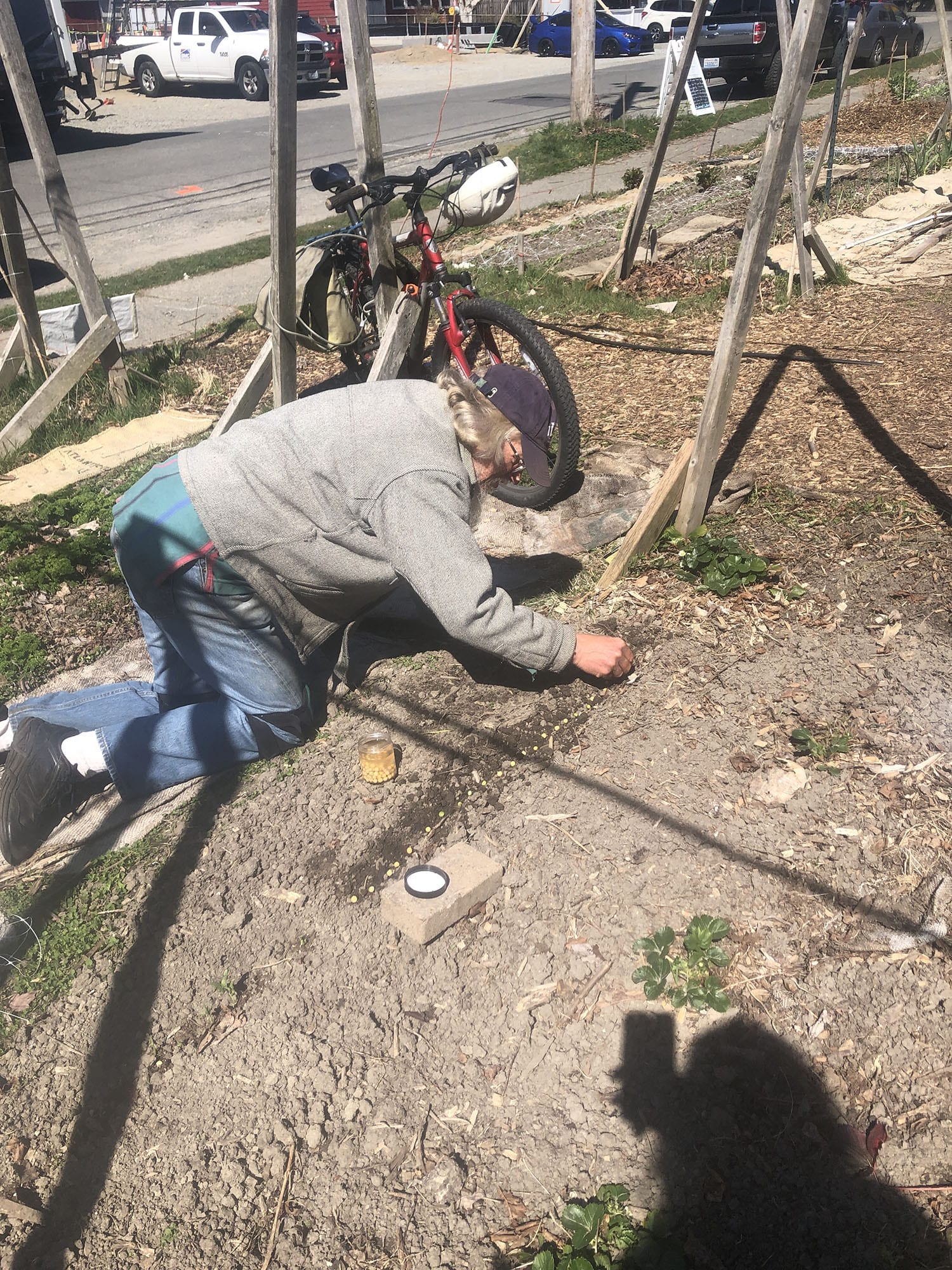 Bird House Making and Rock Painting Parties. Signage sharing information about the sharing garden. The observation that the lavender outside the center is looking a bit overgrown met with the offer to fix it. Do you have an idea for the community garden? 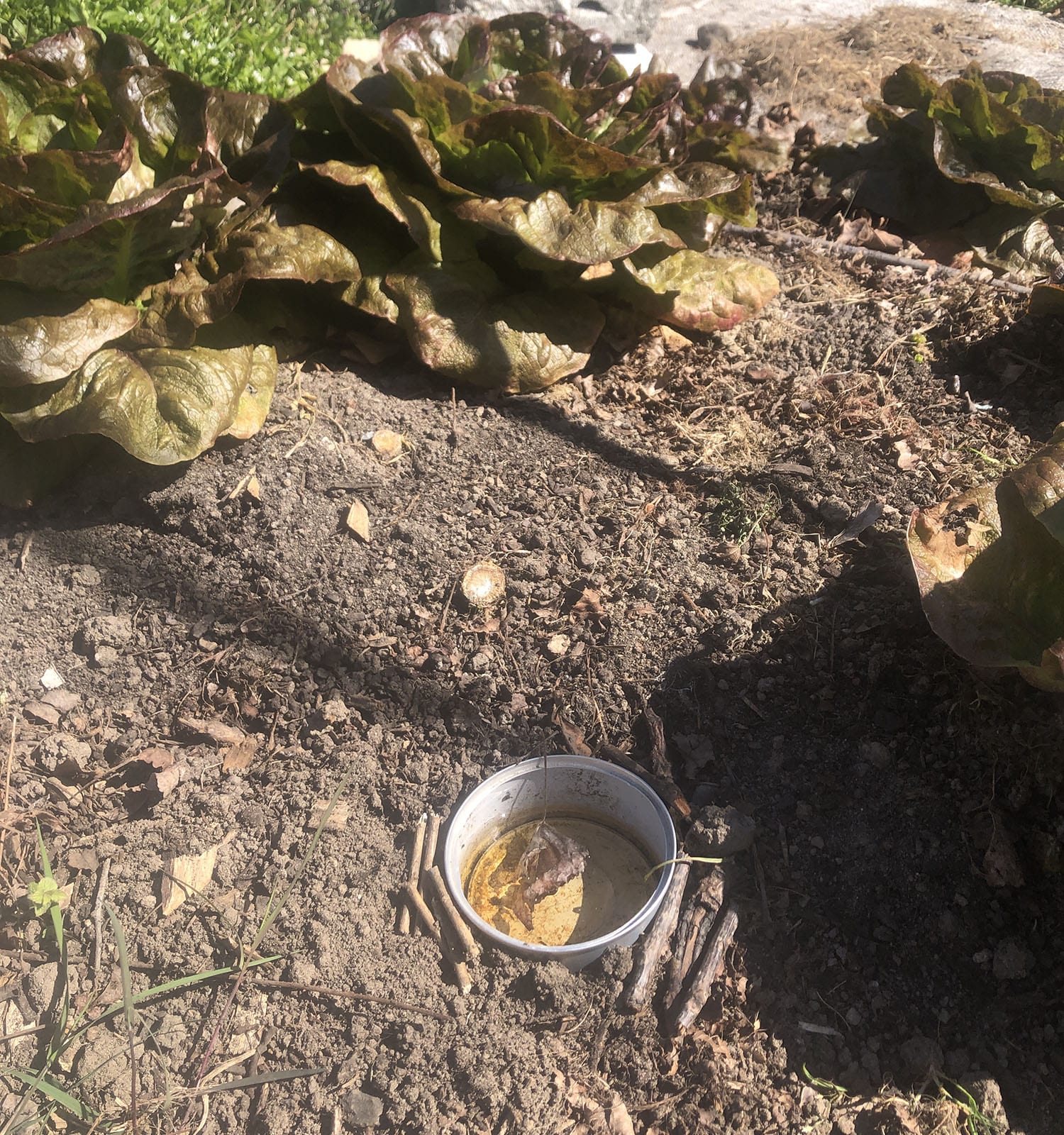 Usually, the garden is very direct about their slug management – they find them, cut them in half, and toss them into the nearest bed. This week, a neighbor left half a Coors Light at the park, and Fred used it to make slug traps throughout the garden.

In Your Own Garden

Night time temps dropped to around freezing in the past week, but those days are numbered.  All lows for the next week are predicted to be above 40 degrees. When the soil starts to warm, it warm even with a couple one off cold nights. The soil is starting to warm up – on Monday the soil was 38 degrees, and on Tuesday it was 44.

The gardeners soak pea seeds before planting. This isn’t strictly necessary but can give you a head start. The first 6 hours are most important, so soak overnight or until you can plant them. Fred said if they soak a bit longer than intended it is ok, that pea seeds “aren’t tough but they are determined”.

When the gardeners took over this plot of land, they discovered clubroot, a disease that affects most brassicas. Shot weed will make club root worse. Once the weed starts to flower, pulling it will shoot its seeds everywhere – so pull this weed early!